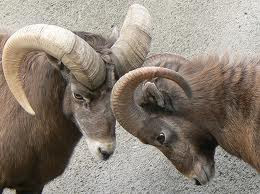 I have certainly received a lot of feedback via email about the series of posts dealing with Orasyon. It was an interesting range of sentiments. Oddly enough, a few people seemed to have had some weird personal buttons pushed and were little ‘upset’ that I told that story! Oh well…not that uncommon considering the subject matter.

Quite unexpectedly, I was inundated by actual requests for Orasyones from the general public, including a lot of folks who I’m sure aren’t among my few regular readers. The requests I received ran the standard gamut of people’s main concerns: money, health, victory over enemies, getting the edge over competitors, mystical knowledge, etc. Some went into detail in describing various personal circumstances. In fact, if I was in the business of ‘selling’ orasyones this could have been a windfall month.

Unfortunately those requests must remain unfulfilled. I have essentially two things to say on the matter. First, anything of this nature should of course be given to you by your own Guru/Teacher/Advisor. Orayson, mantra, or certain du’a are highly personal and are not commodities to be bought, sold or traded. If you are so inclined, I might suggest the Book of Psalms which has been a source of such inspiration for many centuries in various traditions – and its free.

Then there’s another way to look at it. Instead of clamoring for esoteric words in foreign languages, you could just as well focus on the Source of the power for any orasyon – which happens to be nothing but your own Higher Consciousness.

I’ll use a verse from a traditional Yoruba scripture to illustrate my point:

Oye knelt down to ingest a ‘magical’ powder

This was revealed for Ojaja

Child uses his hands to skillfully plait his hair

These simple, yet richly symbolic lines speak to the folly of relying on such things as ‘magic charms’, anting-anting, ajimats, etc. The Yoruba word for ‘Head’ (Ori) refers not so much to the physical container for the brain, but to the Mind and Consciousness itself. In Yoruba verse, the ‘hands’ refer to some sort of skillful action. If one uses one’s hands to skillfully plait the hair, it is the same as we say in English slang “getting your Head together”. The last line emphasizes that success comes not from the use of magic potions or incantations, but rather from working hard – and smart.

Another fitting aphorism of the Yoruba (by way of Cuba) puts it: "If my Head doesn’t sell me, no one will buy me!”

Good day Guro, do you agree and am I right in understanding that orasyons should be recited in the language they have been used for centuries, and loose power upon being translated? That much of the power does not only come from the meaning of the words, but from the sound of particular operative words? I have one oransyon that consists purely of ancient Russian names and flows as one long sentence. All of the names are considered to be operative words/sounds, therefore making a single error results in complete lack of effect. Seeing that this oransyon is made up of 80 names, making a mistake especially on the very last word is a real pain in the tuchas.

Many of my teachers would agree with that.

Yes, but an orasyon is an orasyon because of those precise phrases. Otherwise we could just talk to G-d in the same manner one might talk to the priest, than we wouldn't even have a need for the word orasyon. Though simply talking doesn't give the same affect as using centuries old tested phrases. Technically, we are able to create our own orasyons, but the trial and error of whether they work might take us a life time. Instead we use already many lifetimes tested ones. My thinking is that G-d cares how we address him and are not at liberty of being frivolous, or random with our choice of words.

Here's my take. We can break it down to 3 types of Orasyon in context:

1. Petionary prayer
You are "just talking" to G-d as Alla puts it, using your own words. This is the most spontaneous type of prayer and may or may not involve reciting a particular scripture. The great Rebbe Nachman of Breslov was an advocate of this. Doesn't imply being "frivolous or random" at all just like a small child talking to his parents. Parents may regard something as frivolous, but will comfort and listen to the child all the same.

2. 'Sound'
Sometimes an orasyon can be composed of sounds that have no literal translation. In sanskrit, "bija" syllables are like this. For this type of orasyon - which has no literal meaning - number of repetitions, intonation, and metre are said to be more important.

Sorry if my posts are premature, seeing how you havent posted the 3rd type of orasyon yet, but I am too fascinated by this subject to wait. So it seems that bija orasyons' are a field of bioenergetics, since their effectiveness (in my understanding)is dependent on sound frequencies. Following this idea; does it mean that we can change the flow of daily bioenergies by the use of bija orasyons? I sure hope I am making sence to anyone else other than myself.

Jeff, while I believe that divine revelation does occur it is often times simply beyond human understanding and therefore perhaps difficult to fully explain.

Quite honestly, I believe some things of this world are simply meant to remain unknown, a mystery if you will, for a very good reason.

"does it mean that we can change the flow of daily bioenergies by the use of bija orasyons?"

Yes. All day, every day.

@FTP
Divine Revelation is certainly not beyond human understanding. In fact, some humans understand quite well.

@FTP
What would be the reason for remaining a mystery?

@FTP
What would be the reason for remaining a mystery?

@alla
Why does music transcend all boundaries of beliefs, age, race...?

@alla
Why does music transcend all boundaries of beliefs?

FTP, I find that my answer to your answer-question will veer as way off topic. Seeing that Guro hasn't given us 3rd type of orasyon yet, I'de like to stick close to the original topic. In reference to your 1st post that divine revelation is difficult to explain; I found that Baruch Spinoza and Albert Einstein (particulary his book "The World as I See It) do wonders in bridging logic and mystic.

Alla, Thank you for your book suggestion and actually I don't mind veering off topic a bit, infact, I do have a rather odd off topic question for you.

Are you a martial artist and if you are,... how in the world do you quite manage to "use you head and move round" with those extraordinarily long "O" hooped earrings of yours without getting your hair rather tangled in them?

If you ever found yourself in an unexpected fight of sorts, well, I think it best to always sport something on the smart and simple old classic looking hoop style...

@FTP
I am en route to becoming a martial artist.

Now, I manage to not get strangled by my hair and jewelry, because the proverbial need to make myself more attractive than the next dame is so deeply weaven into my social makeup, that no superficial beautification trinckets stand in way of full fanctionality of daily life.

About the practicallity of my 'O' earrings: just need to think outside of the box. I am able to take the earring off, lace my fingers thru the 'O's and have full use of the fist, or open hand. A heavy necklace can be wrapped around the hand or used as a chain, a brooche with its sharp needle..., a costume ring with its solid rock..., a stiletto heel with its pointy edge..., the possibilities are endless. Function before design does not mean that esthetics are absent.

@alla
..so then seemingly I wouldn't get very far in a bit of an unexpected fight sporting a simple sweater, jeans with my granddad's knife in my pocket, a few bracelets and rings, barefooted and now I'm rather guessing that there is not alot of thinking outside of the box that one can do with the notion of using black flip flops as a weapon either so...

Best wishes to you on your martial art adventure.