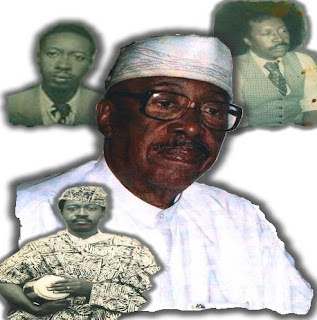 With profound sadness I received the news from my friend Awo Baeza that Oloye Medahochi Kofi Omowale Zannu passed from this world on May 25th, 2007. He was a Spiritual giant that stood in place among the greatest Souls of our generation - loved and respected by so many people. He was humble and unassuming, yet his presence filled a room. He often spoke gently, yet his speech was clear and commanding, fueled by his burning Inner Light, infused with a timeless wisdom.

Many knew him as one of the oldest scholars of West African spiritual traditions in the United States. He was a pioneer, innovator, artist, cultural custodian, and Spiritual Grandfather to many families. I also knew Medahochi as a quintessential wizened and cagey Sufi teacher, whose extrapolations on traditional Yoruba ese'Fa were laced with examples and stories of Mullah Nasruddin and Rumi.

My first audience with Medahochi was sometime around the summer of 1993. On a dreamy summer day I set out on a drive to Chicago where he was staying at the home of a student. I had been granted some personal time with him, and in preparation I carried a notebook (filled with questions) and a small pocket tape recorder. As it happened, I sat beside him on a couch, where we drank coffee watched television, and made small talk. Two hours passed in this way. I never even took out my notebook, nor touched the tape recorder - but when I at last got up from that couch all of my questions (and more) had been answered, and I had a feeling like my soul was ‘vibrating’, as if set in motion by a tuning fork. From that day, over the next ten years - with Medahochi’s guidance - I followed that vibration until it finally came to rest in Ode Remo, Southwest Nigeria.

As I write this, I am listening to the tape of a lecture he gave at my school in Farmington Hills, Michigan. We will cherish those memories forever, and are thankful to have stood in midst of whom the traditional scriptures would speak of as Eniyan Atoto (The Perfected Man).

As he entered the cave, they heard a voice from inside:
“This is the man who shook the earth, who made kingdoms tremble!”
Happy is his portion above and below.
Many sublime treasures lie in store for him...
Go to the end and take your rest; you will rise for your reward at the End of Days.
Zohar: Idra Zuta
Posted by guro jeff davidson at 7:00 PM 3 comments:

A Poem for Mother's Day 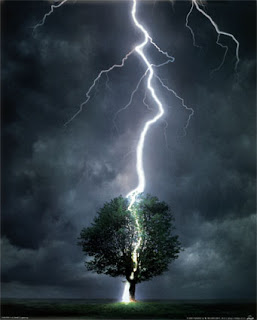 Dedicated with Love to my Mother.

Wife of Iron, Woman of the Crown of Honor who destroys worlds suddenly, like a fire
Strong-Willed Spirit who protects Her children on Earth, carry me on your back, great Woman, consort of Thunder.
The Tearer alone can seize the horns of a rampaging Buffalo
They gave a great Sword to Her, but she does not use it to kill animals
They should present a great sword to Mother that is not used for killing animals
They should give her a sword that is used for beheading people
The Tearer uses Fire as a body covering, like cloth...Strong Wind that knocks down trees in the forest
She kills suddenly, She enters suddenly.

translated from Yoruba by Jeff Davidson
Posted by guro jeff davidson at 10:19 AM 2 comments:

HAPPY BIRTHDAY TO A LIVING LEGEND! 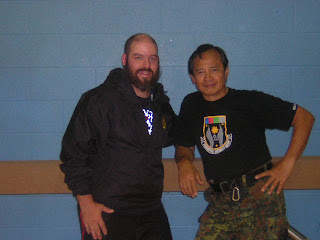 This great man stands firmly as one of the most prolific martial arts Masters of our era. He is a consummate Teacher, Innovator, Warrior and a true Leader. We have literally travelled all over the world to have the honor of studying at his side.

Happy Birthday Tuhon! We love you and will continue to carry your banner for as long as we have strength in our bodies!

May You Live Forever.

From Jeff Davidson and all the Michigan Pekiti Tirsia Pitbulls

"You have been in the Presence of a Heavenly Lion. A Mighty Warrior, against whom Twenty Warriors are nothing!" - sefer Zohar
Posted by guro jeff davidson at 6:14 AM 2 comments: