Got Training? Thank Your Wife! pt 2

If you’re really fortunate, you may have the kind of wife that my student Panday is blessed to have. No, he’s not the student I referenced earlier, but I’m still going to talk about him for a minute. Panday is our role-model not only in the arena of Combat Shooting, but also as the quintessential husband and father. Sort of like the late Michael Landon’s character on Little House on the Prairie, only he routinely apprehends armed robbers and dislodges barricaded gunmen (you thought your job was stressful?)

If Panday befriends you, you will inevitably come to know his family, and you will realize he could not be who he is without the unconditional support of “Mrs. Panday”.

I’m referring to the kind of true Partner who understands that your training in Martial Arts is as much for your family as it is for you. Does your training affect only YOU? Of course not. Your training makes you a better person in every aspect of your life. If you have found a Path that strengthens you mentally and physically, hones your discipline, refines your character, and globally enriches your life on every level – is it worth devoting time to? Is it worth a few sacrifices in other, more permeable areas of your life?

If you answered those questions in the affirmative, and you have the full support of those closest to you, then the difficult Path to Mastery has been made a lot easier for you. Count your blessings.

Now finally to the student I referred to in the beginning. After training seriously for just under a year, he recently suffered an unfortunate medical setback and was forced to take a leave from his job and also from several other activities that he shared with his family. I saw him just after Father’s Day for what I assumed would be the last time before a necessary hiatus.

He related to me a very strange “argument” that he had with his wife the day before. Although physically able, he was prepared to suspend his training indefinitely while his personal setback worked out. After all he reasoned, his wife would be working extra hours to make up the difference in the family’s expenses. Here’s where the argument came into play. His wife would hear nothing of it! In his words: “She told me that no matter what, these lessons and being a part of the group have had such a strong positive influence on me, she would not allow me to stop under any circumstances and would do anything in her power to help me continue – especially now.”

Another student who just happened to be privy to the conversation offered this timeless wisdom “Dude, while you’re budgeting for your training, you better also be budgeting weekly for flowers!”

Got Training? Thank Your Wife! pt 1 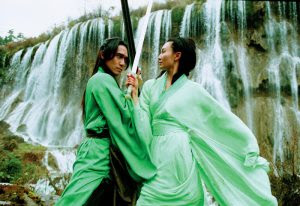 With all praise to Heaven - I had a great Father’s Day this year. So did one of my students in particular, but we’ll talk about that in a minute. As for me, it was an early dinner at my favorite restaurant in the ‘old neighborhood’ followed by a long, sprawling, winding hike with my daughter through the same magnificent woods that I used to carry her through on my shoulders so many years ago.

Back to Martial Arts. Now realize, that it’s very difficult to train seriously and actually develop true skill and virtue through martial arts training in our time, for reasons other than the inherent challenges of learning a martial art. The tough part is that so many people have to support you unconditionally. Not just your teacher and your training partners, but the people closest to you – namely your own family – have to stand firmly behind you 100%. That is the tough part.

Unless you’re a monk and you train with other monks; or you’re still a teenager with a teenager’s responsibilities, it’s very difficult indeed to balance time for your training against the weight of all the other responsibilities that an adult member of our society must shoulder. The truth is that if you take this really seriously – and the people that train with me usually do – and you look at Martial Arts training as something deeper than a simple hobby or pastime – you will make sacrifices. Social life, recreational life, professional obligations and yes, even time with your family become part of the balancing act.

Here is something to ponder: for a typical man who trains religiously and spends a considerable amount of time in pursuit of the Art, the person you are most accountable to – aside from your Guru – is invariably your wife! Indeed, her level of compassion, respect, and understanding can literally make or break your training. 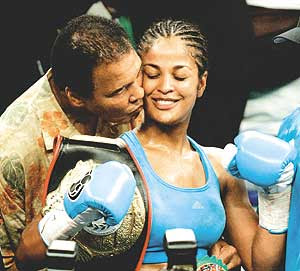 I am horribly remiss in that I have allowed Father’s Day to come and go without saluting all the dedicated, hard-working, devoted, loving, and self-sacrificing Fathers out there. MABUHAY to all the Dads everywhere – and that includes so-called “step-dads”, Grandfathers, and any Elder man who may have played that role in your life. It is indeed a terrible thing to have a Void where the Father should have been.

In 25 years of teaching Martial Arts, I can attest that so many people are in truth searching for that Father when they come into your training hall.

As demographics would have it, there are more ‘Dads’ among the ranks of my students - some old(er), some new(er) – than there are single guys (sorry ladies!) Each one to a man would tell you how much training in the Martial Arts has made him stronger, more courageous, more flexible, and in every way better prepared to confront the awesome and terrifying responsibility of Fatherhood.

Posted by guro jeff davidson at 5:08 PM No comments:

I want to say that I really appreciate the patience of the 3-4 people who actually read this blog on a regular basis. In response to a lot of kind feedback and encouragement from you guys - and one student in particular - I have decided to write an actual book featuring material along the same lines of The Balisong Journal.

So, The Balisong Journal will stay online and i will update it, but I am putting a lot of energy behind the 'new' project. I welcome all of your thoughts and suggestions either by comment here or by private email.