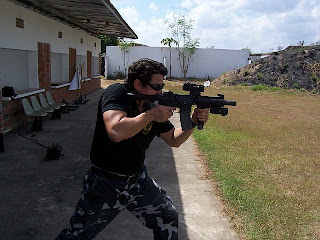 Thanksgiving. Of the many things we have to be thankful for this year, we have to give recognition to one individual in particular to whom we owe an incalculable debt. Our friend, teacher, mentor, and “senior advisor” to the Detroit Maphilindo Pitbulls - Kuya Doug Marcaida.

Kuya Doug has been a Guiding Light to us since the earliest days of our training. He is a flawless practitioner, brilliant strategist, master tactician, and tireless researcher into the theory and practice of the Art of Kali. As someone who I feel embodies the spirit of The Thought Provoking Process, to say that Kuya’s ideas are out-of-the-box would be a gross understatement. He destroyed the box!

In our formative years, we literally followed Grand Tuhon Gaje all over the Midwest, interacting with different Pekiti-Tirsia “clans” both large and small. In the Fall of 2003, after training with Kuya Doug in person for the first time, I asked for Tuhon’s blessing to bring my students under Doug’s banner (along with Ka Jay Saludo). Tuhon gave his blessing, and added “You know Jeff, you are very wise to follow the Filipinos!” Indeed.

So Kuya, thanks for another great year of learning, growing and sharing. I am certain we will have many, many more to come - God Willing.
Posted by guro jeff davidson at 4:11 PM No comments:

Self Defense over the Next Four Years

This website is primarily one to promote the art of Pekiti-Tirsia Kali. Keeping that in mind, our Grandmaster, Leo Gaje Jr, often says, "I believe in life, and you believe in life. When I carry a blade and you carry a blade, I have to respect you, and you have to respect me. So this philosophy is the bridging mechanism for developing respect. After we have practiced respect, it [this philosophy] brings about care and concern."

We have just elected a President who hates the notions of self defense and gun control. Senator Obama's record on gun control is as follows (from rightpundits.com):
Senator Obama's stance has no logical explanation behind it. A recent Free Press article declared called "Michigan Sees Fewer Gun Deaths... With More Permits" declared that

"Six years after new rules made it much easier to get a license to carry concealed weapons, the number of Michiganders legally packing heat has increased more than six-fold.

But dire predictions about increased violence and bloodshed have largely gone unfulfilled, according to law enforcement officials and, to the extent they can be measured, crime statistics.

The incidence of violent crime in Michigan in the six years since the law went into effect has been, on average, below the rate of the previous six years. The overall incidence of death from firearms, including suicide and accidents, also has declined.

More than 155,000 Michiganders -- about one in every 65 -- are now authorized to carry loaded guns as they go about their everyday affairs, according to Michigan State Police records. About 25,000 people had CCW permits in Michigan before the law changed in 2001."

Contrast this with the violent crime rate of Washington D.C. or Chicago, places with the strictest gun control laws in the country. Gun crime has also been soaring in the UK, an entire country with strict gun control laws. It's clear that the logic behind gun control is false. So, why would Senator Obama want to proscribe the ability of people to defend themselves? 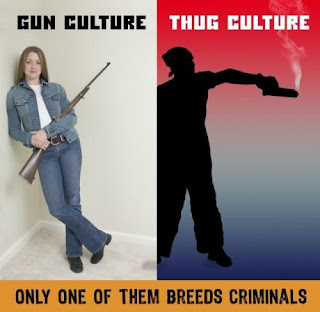 Occam's Razor would state that, if gun control doesn't reduce gun deaths, then there are only other two possibilities for Senator Obama's opposition toward firearms ownership. One of them is ignorance, which I refuse to believe. I don't think it's possible that a man in his position can be that grossly misinformed. The other possibility is simply a desire for control over peoples' lives. That seems to contrast what I always thought the Founding Fathers had in idea for this country. 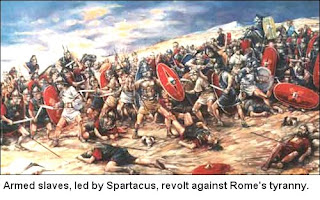 Self-defense is the most basic of all human of rights. Without the ability to defend yourself, you don't have any other rights. After all, what good are they if you aren't physically able to exercise them? 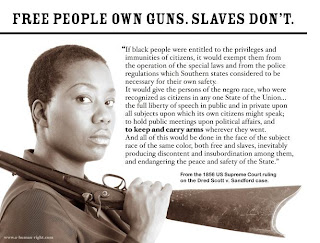 Buy your guns and bullets now before Obama, Pelosi, and Reid ensure that it's too expensive for you to do so. Then ride out the next 4 years until we get a new president.

I leave you with this short documentary on how Gun Free Zones work: