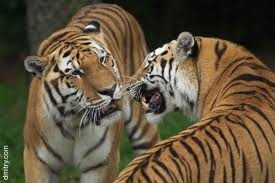 Some notes from last class:

You’re either going to whack him (pukulan), hurl him (buangan), or lock him (kuncian). Right now, we’re focused on the third alternative.

The first step is to waylay the oncoming attack. Next priority is to target a joint on the attacking extremity – but don’t get too attached to it, because it’s only a means to an end. You already know where the kuncian is headed. If the wrist is closest, it’ll do. Same goes for the elbow, or whatever.

Now is when you either begin to shut him down for good OR he makes you sorry you got up this morning. So pay attention, please.

If the opponent is alive, he’ll start to resist. He may explode towards you, or he may try to pull away. He may try to root down. He may throw the other hand, or he may kick – so many possibilities! If you’re a typical grappler, you will most likely attempt to out-muscle the opponent at this point. If you are bigger and stronger than him, that ‘may’ work but you ain’t doing Silat Melayu – and if your opponent is than you’ve just opened yourself to more counters than IKEA at X-mas.

At this point, we should understand the petua of Jantan Betina (Comparative Energy). In locking, the physical application of this petua is Selisih (Passing). Think of two cats passing each other going in opposite directions: they don’t bump heads or shake hands – they greet by their fur. There is a simultaneous, complimentary movement (or adjustment) by both parties.

This is essentially the example you have to follow in response to your opponent’s attempted counter.

There are two other complimentary petua you have to be aware of at this stage: Lam Alif (soft redirection) and Mata Angin (sharp redirection). Fight smart and let him decide exactly how he will fall into whichever kuncian he ends up in – as you remove the final remnants of his leverage.

NOTE: If you are just practicing a buah on its own, you won’t encounter this situation because you are directing the whole show. This issue only presents itself when the guy is resisting. Start with an easy entry – like Cenkaman Harimau and then have your partner actively resist.

Have fun and be careful.

Posted by guro jeff davidson at 7:44 AM

Hmmmmm... so this is why you logged off so quickly, hey?

No! BTW, at least I didn't hear YOU laughing via webcam - Thanks!

I was careful to turn off the mic. Learn from mistakes, sayeth the wise one.

Can someone tell me is there sparring in Malaysian silat and what is it like?

Malaysian silat is too large a category to cleanly state yes or no.

Let me break down according to the arts I studied:

1. Silat Cekak Hanafi - Yes to sparring. The opponent is freestyle while you are only allowed the Cekak paradigm. Depending on who the instructor and your partner is, I have had nice sparring sessions and I have also had moderately brutal ones. Things I've collected over the years: Two dislocated shoulders, one dislocated big toe, breathing difficulties due to a direct solar plexus shot, iffy jaw due to an invisible uppercut and back of the head meeting rock on ground due to fantastic takedown. There is no controlled environment in these sparring sessions, nor is there a form. The instructors just say, have a go at it. Very little science involved.

Silat Kuntau Tekpi - No sparring experienced. Didn't spend much time here. Only a tore ACL during training (not even sparring).

Silat Sendeng - Yes to sparring. Sometimes very brutal. Both padded and non-padded. Collected many bruises and a split lip from a cherised late friend.

Now for the ones I have witnessed but haven't studied myself:

Silat Garak - Yes, yes, yes. As recently as 2000, a student hospitalised in ICU for a rupture spleen, and one died of complications. Very few students now.

So overall, yes there do exist styles that do it, but mostly there is no pattern to it to simulate a real engagement. So, no I don't know if this is the answer you were looking for. Sorry if it isn't.

Wow that was a great answer. Thank you.