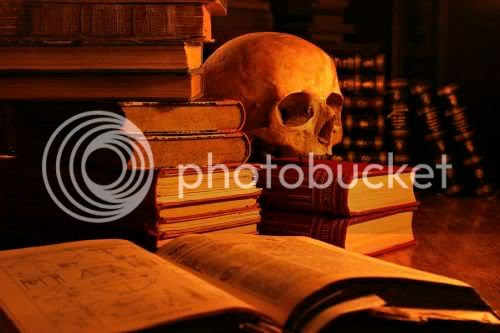 Continuing the theme from Guro Jeff's post from January 18th, Wisdom of the Ages, I found some gems from Hagakure, The Book of the Samurai, by Yamamoto Tsunetomo. This book was something of a "how to" guide for Samurai, written around the year 1700 when Japan had already been closed off from the rest of the world for nearly a century.

While I find many aspects of Bushido and Japanese Martial Arts to be difficult to reconcile with Pekiti Tirsia, I thought these were interesting:

Even if it seems certain that you will lose, retaliate. Neither wisdom nor technique has a place in this. A real man does not think of victory or defeat. He plunges recklessly towards an irrational death. By doing this, you will awaken from your dreams.

There is something to be learned from a rainstorm. When meeting with a sudden shower, you try not to get wet and run quickly along the road. But doing such things as passing under the eaves of houses, you still get wet. When you are resolved from the beginning, you will not be perplexed though you still get the same soaking. This understanding extends to everything.

A warrior should be careful in all things and should dislike to be the least bit worsted. Above all, if he is not careful in his choice of words he may say things like, "I'm a coward." or "At that time, I'd probably run." or "How frightening," or "How painful." These are words that should not be said even in jest, on a whim, or when talking in one's sleep. If a person with understanding hears such things, he will see to the bottom of the speaker's heart. This is something that should be carefully thought about beforehand.

In the words of the ancients, one should make his decisions within the space of seven breaths. Lord Takanobu said, "If discrimination is long, it will spoil." Lord Naoshige said, "When matters are done leisurely, seven out of ten will turn out badly. A warrior is a person who does things quickly."
When your mind is going hither and thither, discrimination will never be brought to a conclusion. With an intense, fresh and undelaying spirit, one will make his judgments within the space of seven breaths. It is a matter of being determined and having the spirit to break right through to the other side.

No matter what it is, there is nothing that cannot be done. If one manifests the determination, he can move heaven and earth as he pleases. But because man is pluckless, he cannot set his mind to it. Moving heaven and earth without
putting forth effort is simply a matter of concentration.

Until the age of forty it is best to gather strength. It is appropriate to have settled down by the age of fifty.

When on the battlefield, if you try not to let others take the lead and have the sole intention of breaking into the enemy lines, then you will not fall behind others, your mind will become fierce, and you will manifest martial valor. This fact has been passed down by the elders. Furthermore, if you are slain in battle, you should be resolved to have your corpse facing the enemy.

Until one reaches the age of forty it is better to put off wisdom and discrimination and excel in vitality. According to the person and the rank, though a person has passed the age of forty, if he has no vitality, he will pet no response from others.

When one has made a decision to kill a person, even if it will be very difficult to succeed by advancing straight ahead, it will not do to think about going at it in a long roundabout way.

The resolution of the men of former times was deep. Those between the ages of thirteen and sixty went to the front lines. For this reason men of advanced years hid their age.

Yamamoto Kichizaemon was ordered by his father Jin'-emon to cut down a dog at the age of five, and at the age of fifteen he was made to execute a criminal. Everyone, by the time they were fourteen or fifteen, was ordered to do a beheading without fail. When Lord Katsushige was young, he was ordered by Lord Naoshige to practice killing with a sword. It is said that at that time he was made to cut down more than ten men successively.
A long time ago this practice was followed, especially in the upper classes, but today even the children of the lower classes perform no executions, and this is extreme negligence. To say that one can do without this sort of thing, or that there is no merit in killing a condemned man, or that it is a crime, or that it is defiling, is to make excuses. In short, can it not be thought that because a person's martial valor is weak, his attitude is only that of trimming his nails and being attractive?
If one investigates into the spirit of a man who finds these things disagreeable, one sees that this person gives himself over to cleverness and excuse making not to kill because he feels unnerved. But Naoshige made it his orders exactly because this is something that must be done.
Last year I went to the Kase Execution Grounds to try my hand at beheading, and I found it to be an extremely good feeling. To think that it is unnerving is a symptom of cowardice.

By waiting to get the agreement of others, a matter like taking revenge will never be brought to a conclusion. One should have the resolution to go alone and even to be cut down. A person who speaks vehemently about taking revenge but does nothing about it is a hypocrite. Clever people, by using their mouths alone, are taking care of their reputations for a later date. But a real stalwart is a man who will go out secretly, saying nothing, and die. It is not necessary to achieve one's aim; one is a stalwart in being cut down. Such a person will most likely achieve his purpose.

If you cut a face lengthwise, urinate on it, and trample on it with straw sandals, it is said that the skin will come off. This was heard by the priest Gyojaku when he was in Kyoto. It is information to be treasured.

(I'm not quite sure about that one, but it was too novel to omit)

A helmet is usually thought to be very heavy, but when one is attacking a castle or something similar, and arrows, bullets, large rocks, great pieces of wood and the like are corning down, it will not seem the least bit so.

Thank you Panday. When will you update your own blog? Also, what do you find in Budo/Bushido that is not compatible with Pekiti Tirsia?

Well done on your test.

I'm not sure when I'll be getting around to my own blog. I'm mulling over getting an actual website in which a reader can navigate pictures with more ease.

As for what I don't find compatible, I think there's too much of an emphasis on "just kill and your own life be damned". Contrast this with Tuhon's "We love life, especially our own".

That answer is actually spot on! A few years ago a bunch of us were at Starbucks with Tuhon following a seminar. We were talking about 'Warriorship', and one of the students asked Tuhon "How does a true warrior prepare for Death?" Tuhon replied "A true Warrior does not prepare for Death - he prepares only for Life!"