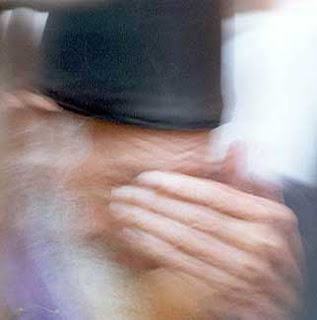 'It is easier to reach God than to succeed in any worldly undertaking. To attain a worldly object, one must seek before one finds. But in the case of God, Exalted is He, the finding comes before the seeking, for without having found Him how could one be inclined to look for Him?

To escape from heedlessness, God’s people abstained completely from this world, abandoned everything and occupied themselves exclusively with Exalted Truth.

It is God’s custom not to allow access to the Truth before trials and tribulation have been experienced and pleasure and passion renounced...

Remember God constantly until you lose yourself'.

"Remember God constantly until you lose yourself"

I know its been a while since I was at Wednesday night class, but what is the point of that? As long as you are alive, have a job, family, outside interests, etc, why would you want to Lose Yourself? Can you be aware of yourself and God at the same time?

Hmmm...I guess you'll have to come back to class.

Look at it this way, think of soloing. Is your playing more inspired when you are so totally absorbed in the music that nothing else exists OR when you're thinking about the audience, your bills, your job etc. while you're playing?

Not to contradict Jeff, but yes, you can be aware of yourself and God at the same time.

However, the more your focus increases on God, the less you feel of yourself. It's not something you yearn for, it's just something that happens.

Once upon a time, a small Malay child was so enamoured of superheroes that he honestly thought he could achieve such superpowers.

He did everything from study magic to understanding basic physics to martial arts. He wanted control, an advantage, to be different.

Then, he read the stories of the Sufi saints and their miraculous powers. He thought, this is what he needed to become (seriously!).

But something stopped him from fantasising in that direction. The Sufis never claimed the powers to be theirs, nor had any control over them. They came only when they were needed, which was hardly what Spider-Man or Superman experienced.

So, the young boy kept on in martial arts, deeming it the right way to go. Until, he became an adult. Then, it all made sense.

His individuality, his independence, was in reality, not his. It was not gained, nor fought for. It was given, and it can be taken away. And it this realisation that gave him a peek at true power.

We say we are surfing the Internet, but in reality, the Net is being sent to us, because we requested it, as God gives us our requests (without the spam and ads).

Why do we work? Why do we have a family? Why do we have interests? They give us benefits, otherwise we would not do them. What, then, is the biggest benefit? It is God's favour upon us.

And if we can work at our job, raise a family and indulge in our interests for the sake of God, we find ourselves truly losing ourselves in doing nothing of waste, but value.

The moment your child is born, every wasteful, useless activity that occupied your time suddenly falls away and the baby creates a large berth in your heart and mind to accomodate him.

Because you focus on him.

When you focus on Him, every sinful, every useless, every unproductive activity falls away, every negative destructive personality trait diminishes, not because you want it to, but because you allow it to, to create that berth in your heart and mind to accomodate God.

They are done, in the name of God, because of God and for God.

In short, come back to Wesneday night class.

Salam persilatan and Eid Mubarak to all!

Salaam and Eid Mubarak ya Akhi,

After reading your response I'm the one who needs to come back to Wednesday night class.

I was about to write a lengthy response to Scotty's question, but since you beat me to it, I'll have to come up with something else to post.

BTW, what ever became of the young Malay you mentioned? Is he in therapy?

I have it on good authority that he is now a man with a purpose in life, and insyaAllah, has good friends to help guide him in the right direction.

And yes, he is in constant therapy, and enjoying every minute of it. For what is more therapeutic than walking in the divine theme park of the soul? It makes me jealous to even think about it.