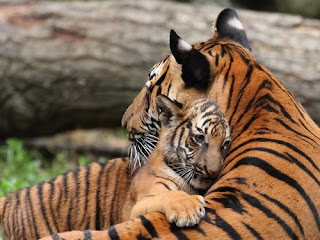 I had a discussion with a fellow Silat teacher, where I asked "Why do you consider your Guru to have been one of the greatest?"  Below is his (slightly edited) wonderful answer.  The only editing I did was to remove the name of the specific teacher and system.  Why? I don't want to make this about a particular style.  Just read the words and understand - JD

"I think he was great teacher because he had a mastery of his skills that were amazing, incredible strength through low postures and movements that would astound you. He made it look simple then you tried it and went Wow. He could break down difficult material in segments and make it easy to learn difficult material, most of all he understood how westerners think, so he could relate the material.

He and his father developed an extraordinary set of drills that are answers to lots of unconsidered knife attacks. He used to say the untrained guy with the knife is the one that kills you because, he doesn’t have set of rules he's been trained that you can consider and counter. He comes from all over. The movements were designed to break down various angles and roots of motion. Amazing and complex material.

He was also a compassionate man and did much for people less privileged in his country; provide tuition and transportation money for kids to go to school that would not have had the opportunity otherwise. He was one of the true pioneers of bringing Harimau to US and he would teach us. He believed it was important for us to understand his culture and see the art and beauty of Indonesia and its people. He also had a great sense of humor.

One of the saddest days in my life was my father passing, one of the next saddest was getting the news that my teacher died. He was a guy that seemed bigger than life. He would walk in start teaching, was prepared knew where he was headed, never looked at a note. One of the great days of my life was being named an affiliated teacher of his art." - Tim
Posted by guro jeff davidson at 8:43 AM

good old days.. students were sent off to live in remote schools and practically he shows the light and puts em in good track..
now a days.. he takes it where a father left off, if the father is not adept , he becomes ur only source ..
what can replace a person who sticks to you even if your destiny turns against you..
will full denial is good some times..