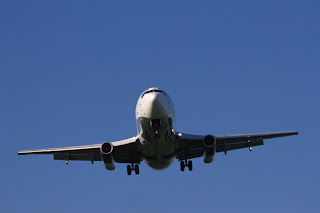 At that point I wasn’t sure if the room itself was spinning, or just my head. I felt utterly helpless and homicidal at the same time. My traveling companions were not faring much better, and the fools were now somehow looking to me for a solution to this crisis. Even at that moment, one of them had taken a position dangerously close to my face as he recounted in disbelief the terrible narrative of our trip until this point. I simply looked up at all of them and said “Get the hell away from me for 15 minutes.”

I guess they remembered what happened the one other time I had issued that same warning -and almost instantly- I had the small section of the waiting area almost all to myself.

Breathing deeply, I concentrated my gaze at the upturned palms of my hands (in du’a position) and began to recite the orasyon in my mind. I suppose that I probably looked like any other frustrated, desperate international traveler at the end of his mental/psychic rope. Honestly, I didn’t have a specific objective or result in mind. As ridiculous as our journey home had been so far, and with our present circumstances, it was about as sensible of a response as I could think of. Besides, if nothing else, reciting the orasyon gave me a chance to quiet down and get centered in preparation for whatever we were going to be hit with next.

Fifteen minutes and 250 repetitions later I was at last in a state of calmness. Time to regroup and realistically consider our options at this point.

A short time into our discussion, I noticed a rather tall and ‘official’ looking man wearing dark slacks and a grey blazer emerge from a room behind the ticket counter. He came walking toward us at a brisk pace, carrying a 2-way radio and a clipboard. I was thinking he must be some manager from the airline, or even the airport police. He waded directly into our little huddle, looked me straight in the eye, and said the kindest, most beatific words I had heard in the past 2 weeks: “Come with me, I’m going to get you on the plane.”

Within 20 minutes this gentleman personally shepherded us through a maze of back doors and secret passageways, through ticket counters, customs, and boarding agents. Stopping only to argue with uncooperative airport personnel at various junctures. I don’t speak German, but it was clear to me that the airport people were saying “CAN’T” and he was responding with “CAN” – nodding reassuringly to me the entire time. Somewhere between checkpoints and arguments I asked him who he was. I didn’t completely understand his English, but I got that he was some kind of Customer Service Specialist for the airline.

He finally led us all the way to the gate, where our flight – which should have taken off an hour ago – was still parked! He escorted us all the way on to the plane, pausing for one final argument with the fight attendant, who was reluctant to let us aboard. Before we took our seats I explained to him that I intended to write a glowing letter about his outstanding service to his bosses at the airline, and I asked for his name. He moved the lapel of his blazer aside to give me a clear view of his airport identification tag.

His name was Nicholas Bernardi.

Guro, do you still recite that orasyon?
How many connections such as the one you have told us about happen in life, but we are not keen enough to see them. So many signs are given to us by nature, G-d, spiritual world-whatever one chooses to adhere to, but we write them off without a consideration. To me, your story is a reminder not to think and live and operate within a box, but think outside ot it.

As it happens I do not recite that particular orasyon these days. And you are correct - the signs are everywhere. We just have to know how to look!

I think I remember when you came home from that trip you had lost about 15 pounds. Hearing the story again makes me miss Wednesday evening class. Any chance of reconvening it?

That begs the question WHY don't you recite it anymore? It seems to work

@Anonymous 2
Of course it works. All of them work. Lets just say I've learned some more advanced things since then.

i suppose , to live and breath to this point in time is a miracle itself but again signs are every where but to notice and experience a miracle is a blessing..
MABUHAY