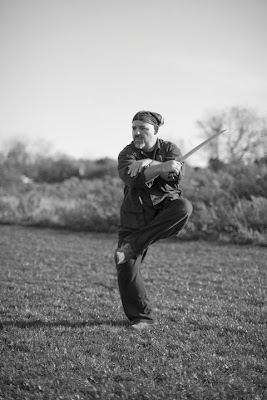 Some time in April of 2005 I was sitting over a late dinner with Cikgu Omar Hakim in Austin, Texas discussing various topics in Silat Melayu. We spoke about the similarities/differences in Silat practice in Indonesia and Malaysia, as well as the many fallacies and misconceptions surrounding the phenomena of Silat here in the West.

At one point, Omar was reminiscing about his experiences with different Masters in Malaysia, where he studied under some of the greatest. He spoke at length about Pak Jauhari, venerable Master of the venerable Silat Kalimah – which could be considered a “cousin-system” to the Art I practice – Silat Kuntau Tekpi. Omar related “Whenever I would attack Pak ‘Jo, as soon as he even put a finger on me, he had me totally locked to the point where I couldn’t even roll my eyes!”

For those of you that have the pleasure of knowing (or even having seen) Cikgu Omar, that’s a pretty impressive declaration for him to make about anybody, let alone a typically smaller-stature elder Malay. That vision stayed foremost in my mind throughout the following period of study and research amongst my own group here in Michigan.

We spent a good part of the next few years refining the physical aspects of practice, namely the 42 buah (strikeforms) which encompass pukulan (percussion), kuncian (locking), and buangan (throwing). This was not such a simple endeavor considering that Silat Kuntau Tekpi in theory and practice is very different from Kali in almost every respect.

This year in particular, with the gracious support of several Elders in Malaysia, who for the sake of humility have requested me not to ‘brag’ about them on this blog (except for Nadzrin!) we have achieved an understanding of – and the ability to teach - the intrinsic Petua (Principles of Movement) that put the true ‘soul’ into the techniques, and mean the difference between merely imitating a technique and actually producing the desired effect with a minimum of effort. A recent class gave me a nice bit of confirmation: during buah practice, I observed a beginning student (a veteran of exactly 2 prior Silat Melayu classes) completely immobilize a senior student approximately twice his size - within seconds of the attacking feed – using only the elbow of the attacker.

Also in 2010, we had the pleasure of introducing Silat Melayu to groups of experienced martial artists and laymen through various seminars in the U.S. and Canada.

We’re working on some very exciting projects with our friends in Malaysia for 2011. God Willing, it’s going to be a banner year!

Give me your new email already...