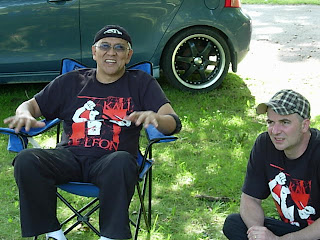 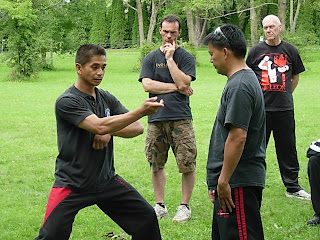 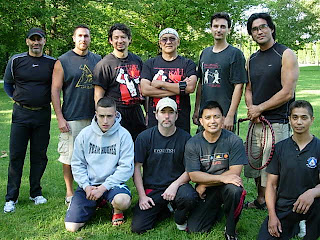 Our second adventure for the month of August took us across the border into ( to be exact) and it was like stepping into another Universe. Not because of the strange looking Canadian currency; or their use of weird phrases like “G’day eh?” or stuff like that. No. I say it was like stepping into another Universe because for a solid weekend in a remote part of , I had the opportunity to immerse myself in the fascinating World of Kali De Leon.

At long last, we finally made the guest list and were invited to participate in the annual summer camp sponsored by Guro Jun De Leon. It was utterly unforgettable and difficult to put into words – but some of my reflections are below.

My Impression of Guro Jun De Leon Then and Now

I’ve written about Guro Jun in earlier posts so I won’t rehash the history of how we came to know him. The point is that today, I have a different opinion from back then when I wrote those entries. I have a feeling that Guro will read this piece and I hope I won’t get into trouble for saying this…but here it goes.

First of all, in the total picture I am actually less impressed by Guro as a “martial artist” as I was back then. Why? Because first of all, it is impossible for me to be any more impressed. If you study Kali for 100 years you would be very lucky to meet 4 or 5 people that are on Guro Jun’s level as far as skill is concerned. He is just north of phenomenal in every aspect of his practice. It’s intimidating to merely watch him move (even on video), but if he is “working” on you personally, you can feel firsthand what one of my students describes as “Precision Fury.”

With this being said, it would be far too easy to just acknowledge Guro Jun as the caliber of Master that comes around once in a generation, and be awed by his prowess. That however, is only part of the picture. On this particular weekend, we got a far more in-depth look at the theories and principles that power KDL

Too many times, especially in the Filipino martial arts, there is one very talented and charismatic guy at the top whose senior students (even a whole generation of seniors) couldn’t even carry the Master’s baston. It’s common. The best practitioners are not always the best teachers. There are many, many subtleties in Kali that are nearly impossible to teach in an explicit way: timing, sensitivity, body-mechanics, flow, etc. Sometimes it is just easier for a student to imitate his teacher in various respects and not dig deeper into understanding the principles and mechanics.

What was so remarkable about this camp is that Guro Jun himself did very little teaching. Instead, he called upon his crew of seniors to take the group through blocks of instruction that included single and double baston, knife, sword and dagger, and empty hands. It soon became abundantly clear to me that all these guys – to a man – were very highly developed in their understanding of those subtle aspects I referenced earlier. Guro Jun hadn’t just developed a cadre of imitators…he’d produced a solid crop of high-level practitioners with in-depth knowledge of the theories and principles of a rich and complex system. Furthermore, each instructor clearly brought his own personal interpretation(s) to the core material. It felt to me like a seminar of high-level jazz musicians teaching variations on a common theme. All with an underlying sense of honor and respect for their Grand Master.

The KDL summer camp was one of best training experiences we’ve had to date. My respect for Guro Jun the Martial Artist was actually over-shadowed by my respect for him as a Teacher and Leader. Indeed, KDL is bigger than one man, and in my humble opinion will pass fully intact to the next capable generation when Guro decides to “rest” his bastons – Hopefully not for a long, long time!


It was an honor Guro – Salamat po. 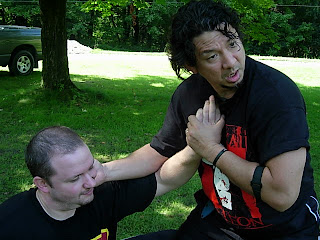 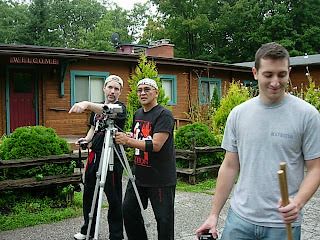 Captured on film for posterity 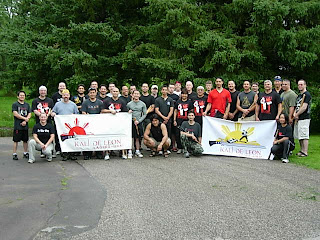 The Group
Posted by guro jeff davidson at 1:26 PM

Sounds like it was a blast.
In the second picture from the top the caption reads "Kuya 'Mel teaches body mechanics", should it not read "Guro 'Mel"?