Approaches to Teaching and Learning pt 6 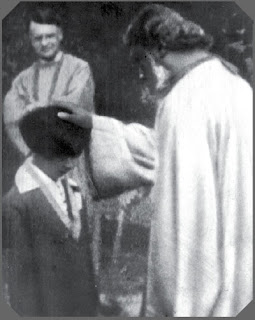 At long last, here is the final chapter of the series (from 2010!) on traditional approaches to teaching and learning Silat.  This article is one of my favorites from the writings of the emminent Malaysian Silat scholar Mohd Nadzrin Wahab.  We have previously examined 2 other methods "Impression" and "Expression" - now we learn about the third method: "Activation".


Activation Method
The third method is the Activation Method (AM). Depending on who you speak to, this can be spiritual, supernatural or psychological in nature. However you want to label it, AM deals with the direct activation of hidden potential within the human being and can be carried out in a number of ways.

It begins with the assumption that every human being is imbued with innate potential for movement. They say, everyone is born with it. Some call it Gerak (motion), Ibu Gerak (source of motion), Ibu Gayong (source of divine motion), al-Aql al-Awwal (the first mind), Barakah (divine gift), The First Principle, etc.

Whereas IM sought to mold the student to accept the art and EM sought to have the art developed by the student, AM simply bypasses the body and mind and goes straight to the soul and activates the ‘art’ from there.

Scientifically, there is no explanation. Some may try to wave it away as hypnosis, hoaxes or even plain delusion. Since this method is, at best, incredible, I shall proceed to only discuss those examples which have been documented.

In one instance, Ustaz Azam, the Khalifah Perang (War Caliph) of Persatuan Seni Silat Gayong Maarifat Malaysia claimed in an advertisement that "By participating in this Gerak Laksamana course … the caliph/caliph’s representative will open the door of your body’s ‘batin’ energy … in a short period you will be able to explore any form of silat … perform silat movements and master complex combat techniques".

The advert goes on to explain "It should be mentioned that this energy door is present in all human beings and all masters or practitioners of ilmu batin who are experts are able to open these batin doors within the human body".

"By mastering the knowledge of true internal energy which lies within the human being there is no need for requesting of assistance from jin or other superstitious aspects".

Is the statement an oxymoron? Apparently, it isn’t for many Malaysians who took the advert in stride.
Another explanation is given by guru Abdul Karim Mat Shah of Silat Semula Jadi (Natural Silat). According to him, silat (self-defence) is inherent knowledge in the self. It is present even in a baby who blinks when one attempts to touch his eyes.

The difference here lies is his attestation that training is a must. He stressed that without physical training, ‘natural’ motion cannot translate into movement. He describes the ‘natural’ motion akin to an electric shock.
"It’s like a flowing current… we can sense the enemy’s pulse (intent). We instinctively know his movement and can move anywhere (he goes)"."Silat Semula Jadi will only come to those who really want it to. It will seep into the body if it is really wanted. Within a month, it can be done, if it is really wanted," he repeats.

Islamic Activation?
However, these attempts at clarification often fog the issue and leave the devout Muslim scratching his head (not to mention the pronounced skeptics).

In his explanation, he calls it Ibu Gayong."… in reality, Ibu Gayong is a secret of the soul that emanates from every human being, conferred by Allah to us, which is called reflective movement. In the sufi’s language, it is Al-‘Aql Al-Awwal, or the pure soul".

He gave the example of the Holy Prophet Muhammad PBUH who wrestled two Arab wrestling champions, Al Aswad and Rukanah, and won. "How did he win, when he wasn’t even an expert in wrestling? Clearly, he had stepped forward to prove that subscription to Allah’s strength is far more powerful than depending on one’s own … therefore, defensive reflective motion arose from his submission to Allah".

A more graphic and practical display was described by Ustaz Wan Kamarulzaman Wan Abdul Aziz founder of Persilatan Gerak Suci Mangkubumi. When he first made known his intention of studying a silat style named Silat Gerakan Suci, the master guru Wan Asri initiated him with some H2O.

"He gave me a glass of water and immediately, I could extrapolate movements. But my movements were too fast, they were uncontrollable. It came quickly, just as when we first learn to drive a car, just as uncontrollable. After you get your licence, then you’ve mastered it," he quipped.

According to Ustaz Wan, this ‘motion’ exists in all human beings. It only has to be ‘activated’ so that it may be used consciously. He gives the example of reflexive movements that occur during sleep.

"Motion in this silat is a result of our supplications (to Allah) and our spiritual practices … in other silat, the physical is taught first, such as buah, kuncian and such, but in Gerakan Suci, the ‘gerak’ method is given priority".

"Initially, when I began teaching, I also favoured the ‘gerak’ method … but I noticed it wasn’t appropriate. The emanated movements depend on the practitioner. If he has studied silat before, his movements are beautiful".

"But, for those with no silat basics … pandemonium. Some just start rolling around. The silat movements are just rubbish. No artistry whatsoever … that is why … I began teaching the physical aspect first".
It may surprise many to know even though the three methods (IM, EM and AM) seem different, but many perguruan of the former two also subscribe to the AM concept, albeit later, much later in the training.

Sometimes, this is because of the situation that Ustaz Wan faced early on in his teaching career, others because it is considered the highest secret of their perguruan.

Personally, I [Nadzrin] have only experienced examples of IM and EM but have yet to sample AM. It would make an interesting article should it ever happen. In any case, all three methods, and more besides, exist in all Silat Melayu to a certain degree or other.

To be able to determine the extent of subscription, surveys have to be done on a case by case basis, and because of the secrecy surrounding most of these practices/ beliefs, it mostly has to be done by participative observation.

Posted by guro jeff davidson at 6:23 AM