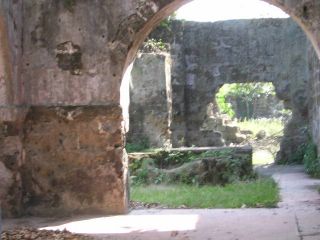 This continued on for several days. Eventually, the child stopped pleaded for the toy, for his dreams of the toy had become a suitable replacement. He dreamed of the many wonderful adventures he had with his prized toy, and of the joy it brought to his life. He examined every minute detail.

One morning when he awoke, he discovered the toy sitting at the foot of his bed. Overjoyed, he raced to his parents to express his gratitude. His parents where puzzled, because they had not purchased the toy, and asked the child where he got it. Retreating into his room, the child began to ponder the toy and its origin. He discovered that the toy had come from his dreams, created by his own mind.

Every night he would dream of a different toy, and every morning a new toy would appear at the foot of his bed. Whenever he desired something, he simply dreamt it, and the next morning it would appear.

One afternoon, several larger boys began to threaten him. The boy dreamt that he wasn’t there, and the walls of reality around him began to collapse, taking him with them.
Posted by guro jeff davidson at 3:08 PM

Why do you always intrude on the sanctity of this blog with your idle banter?